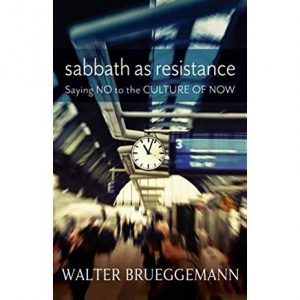 In this book, Walter Brueggemann lays out a familiar Sabbath theme within Evangelicalism and elaborates on an unfamiliar one. Both of them, for Brueggemann, contain an economic tone that helps neighbors recenter their community in God. The book’s familiar theme is well summed up by the following three points and elaborated by me here:

The book’s unfamiliar theme hinges upon a portion of the fourth commandment that requires that others “may rest as you do” (Deut 5:14). Here Sabbath keeping is the quintessential worship act of neighborliness and an invitation into the awareness of the exploitation of others: